Robert Gullie of Cohoes, NY is a photographer specializing in the early 1900’s technique of Hand-Tinted Photography, a mixed media collagist and most recently has begun working in the photopolymer gravure printing process.

His work has been included in over eighty exhibitions since the early 1990s including over twenty-five solo exhibitions. He is the recipient of numerous awards including a NYFA Arts Residency Project Grant; the Gilliand-Weinheimer Oakroom Artist Award; and, 1st place in the photography category from Columbia County Council of the Arts.

In addition, Gullie was selected to participate in the 24th, 25th and 30th Capital District Photography Regionals. In 1997 Metroland Magazine named him the “Best Photographer” in the Capital Region.

His work has also appeared on the covers of several regional periodicals and has been used as cover art for a number of CDs. 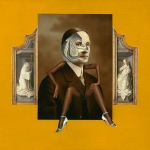 You are currently reading Robert Gullie at oakroom artists.